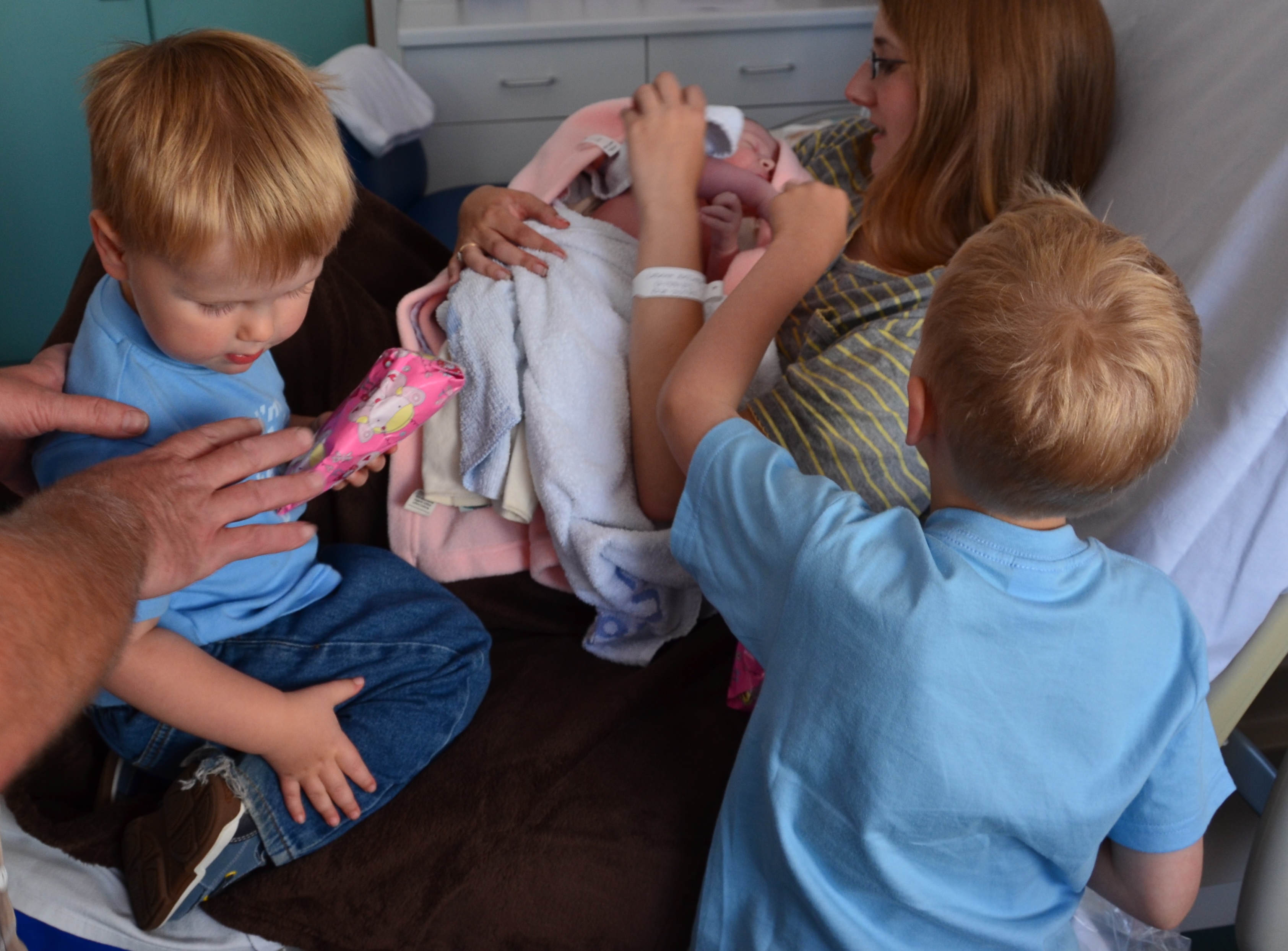 In November 2010 we discovered we were expecting a surprise third baby.  George had been asking for a sister for such a long time, we were worried how he would take it if a brother arrived instead.  This time there were no pregnancy scares, all was plain sailing and we were thrilled to discover at 16 weeks that the “Pink baby” George had wished for would be arriving in July.  Everyone was excited to be buying pink, George was pleased to be having a baby sister.  If only these loving feelings would be displayed towards Henry, the two fought like cat and dog and couldn’t be left alone together in case George hurt Henry.

Faye was born on the last day of George’s reception year, the boys came up to see her on their way to school.  I was desperate not to miss George’s last day in reception and after being discharged from hospital after 4 hours, was able to be at the school to collect George.  He was smitten with his new sister and enjoyed holding her and even helped with the nappies.  Henry was a bit wary he was only 2 ½ and a bit bewildered.