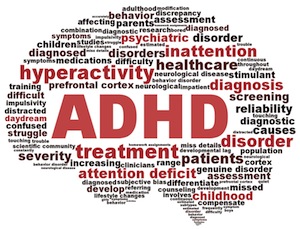 The blog has been very quiet these past few months, partly as we were busy buying a house and undertaking renovating projects. Another reason is I was awaiting a firm update from CAMHS. Back in January George had a routine medication review at CAMHS, during this meeting we mentioned concerns about George’s behaviour and sleep which seemed to have gotten worse. We did wonder if having had a recent growth spurt he needed to increase his medication dose. We agreed an increased dose to try and the Dr asked us if we had ever considered ADHD, how we laugh. It was agreed we would go away and get copies made of the numerous reports we’d accumulated over the years for the Dr to review, if she felt it would be wise to do another ADHD assessment the relevant forms would be sent to us and the school. A few months went by and due to a mix up with the paperwork being lost in the post nothing much happened.

Meanwhile, we also had George’s annual EHCP review, during which we discussed George’s ADHD review, it was also mentioned that there were still other issues that that aren’t really covered by the Tourettes or ADHD labels.

During the summer term there was a big change in George’s unusual behaviour, he wasn’t dealing very well with the absence of his teaching assistant whilst she was on sick leave and wasn’t coping at all with friendship difficulties. His behaviour became frightening. We spoke to the school SENCO and arranged an emergency meeting with his CAMHS Dr. By now all the ADHD paperwork had been reviewed and an observation was arranged so George could be observed in a school environment. We had written a very long list of our concerns and it was agreed this would be looked at too.

We had a month long wait between the school observation and the meeting to tell us the outcome. We were concerned as George had come out of school on the day of the observation and asked angrily why we had sent someone to spy on him and he had to be on his best behaviour as somebody was following him around making notes. The observation was supposed to be without George realising he was being watched. Despite this, when we had the meeting at CAMHS it was revealed he does have ADHD. They had also looked at our other concerns and he is currently on a long waiting list for a specialist appointment for an Autism assessment. Sadly, I don’t think this will happen in time for his high school applications which could affect where he can get a place. CAMHS also think it is highly likely the outcome will be Autistic traits but not in the right combination for a diagnosis, we can only wait and hope the years of social training and emotional therapy etc don’t scupper the results, George is good at doing what he thinks he should be doing/saying in a clinical situation even though he can’t transfer these skills to real life scenarios.

We have been told in the meantime to carry on treating him as though he does have ASD as well as ADHD and see if these adjustments improve his behaviour.