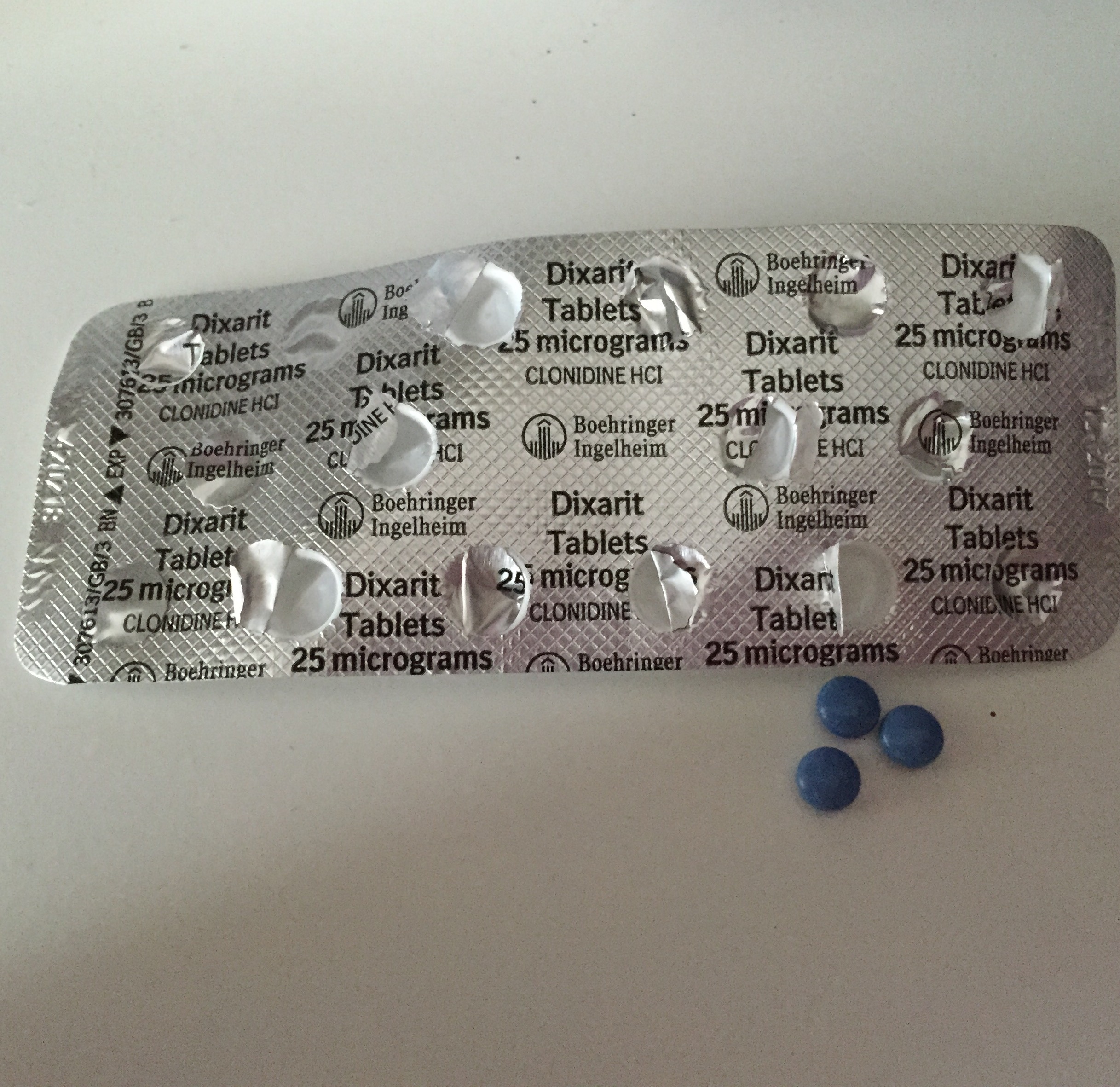 One we’d had time to process the diagnosis,  we had to make the decision on whether or not to medicate to help control the tics.  We spent a while discussing the options.  We included George in this decision and we all decided to try Clonidine.  To see George in pain and crying with his mouth tics, being sent home from school because his face had bled all over his shirt and muscle soreness from repeatedly clenching muscles was the main reason we went ahead.  George had always had trouble sleeping and this was having a knock on effect with his behaviour and school.  It was hoped the Clonidine would ease this problem too.  We chose Clonidine over any other medication as it is the medication with the fewest side effects.  Another benefit of this medication is it can be used to treat ADHD, so although they were unwilling to re-assess for this, this treatment could help with the ADHD symptoms.

We started off on a very small dose of Clonidine and very slowly along with regular blood pressure checks increased the dose until it had an effect.  The effect on George’s sleep was incredible, from staying awake hours and hours after bedtime, waking in the night and getting up at the crack of dawn he was going to sleep at a reasonable bed time, allowing the rest of the household to get a good night’s sleep.

Clonidine isn’t a magic cure, we explained to George it won’t take the tics away completely but would help.  George still gets new tics regularly along with some old faithfuls, there are times they are barely noticeable and other times they seem to be as bad as ever.  This is something George sometimes struggles with.  We’ve had tears when tics have become bad again because “you told me this medicine will help me”.  One of the toughest times we had was when after a few months of taking his tablets, George asked “How long will I have Tourettes for?”  We had to explain that it’s not something that will just go away like a cough or cold,  when he realised this was a long term deal he was beside himself.

Medication is a very personal decision and not one we took lightly, there isn’t a right or wrong answer, like everyone else we made the decision we felt was best for George.  I know many people like to wait until the child is older or try alternatives such as supplements before tying medication, you just have to do your research and make a decision you feel is right for your family.  Don’t let anybody make you feel guilty what ever option you decide.

Tourettes Action have some good information for people deciding on the path that is best for them with regards to medication.  Click here for further information.