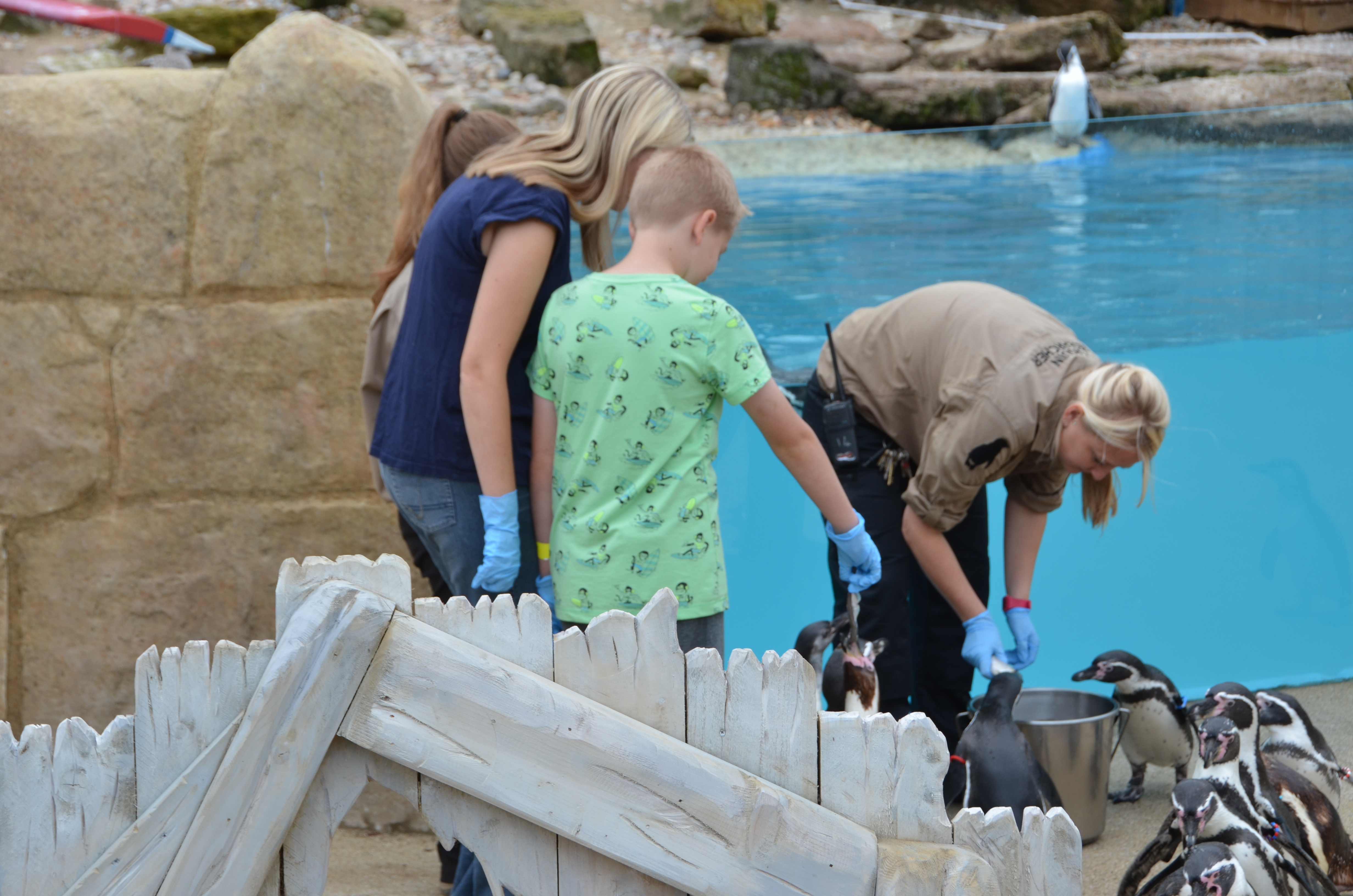 Sometimes we forget about George’s difficulties, his behaviour and tics are just part and parcel of everyday life for us.  Then something happens that bring it all back into focus and my heart breaks all over again when I see how hard things can be for him.

George has had a love of penguins ever since he had his first penguin comfort toy as a baby.  I don’t know how he manages to sleep at night as there are so many cuddly penguins sharing the bed with him.  For his 9th birthday we had agreed we would try and arrange for him to feed the penguins at the zoo.  Unfortunately this year the zoo had renovated the whole penguin enclosure and the penguin feeds were unavailable for most of this year.  We anxiously kept checking the website for details of when the penguin feeds would be resumed.  Finally, with only weeks to spare, the experience was once again advertised on the website.  Next step was booking it, the penguin feed is an experience you can only book on the day, this is because they don’t make a decision on whether the feed will be taking place until the penguins have been checked each day.  This was a problem for us, George likes to know what is happening and does not cope well with surprises.  The best I could do was arrange a phone call on the morning of George’s birthday to let us know if it would take place.

25th August arrived and we prepared to go to the zoo, still unsure what would be happening.  Finally, whilst on route and only ten minutes away from the zoo the phone call came confirming that we would be able to feed the penguins.  We would have to go straight to the kiosk to book it when we arrived as there was only space for two people per day.  When we arrived and it was confirmed we would be feeding the penguins today, George didn’t know what to with himself.  He was trying not to cry and his tics went into overdrive, he was flapping and making noises uncontrollably.

Thankfully, we only had an hour to wait for the feed and it was the most magical experience for George, I did it with him and to be in the enclosure surrounded by the penguins at your feet whilst hand feeding them was a memory we will always cherish.  We have some lovely videos and photographs to keep.

After the feed we took George to the shop and bought him an adopt a penguin kit, after carefully explaining he wouldn’t get to take one home with him.

Once the feed was over we headed over to the rides, this is where things went badly wrong,  George went into complete meltdown, tore his wristband off and started being very aggressive towards us.  We had to make the decision to leave the park as he was unable to calm down and he just wanted to leave.  It is such a shame that he can’t always enjoy the things he loves the most, he cannot process his emotions or articulate them effectively so any strong feelings either happy, excited or sad, worried or upset come out as a rage or meltdown.

Thankfully, after a while calming down at home he was able to have a birthday tea with close family.