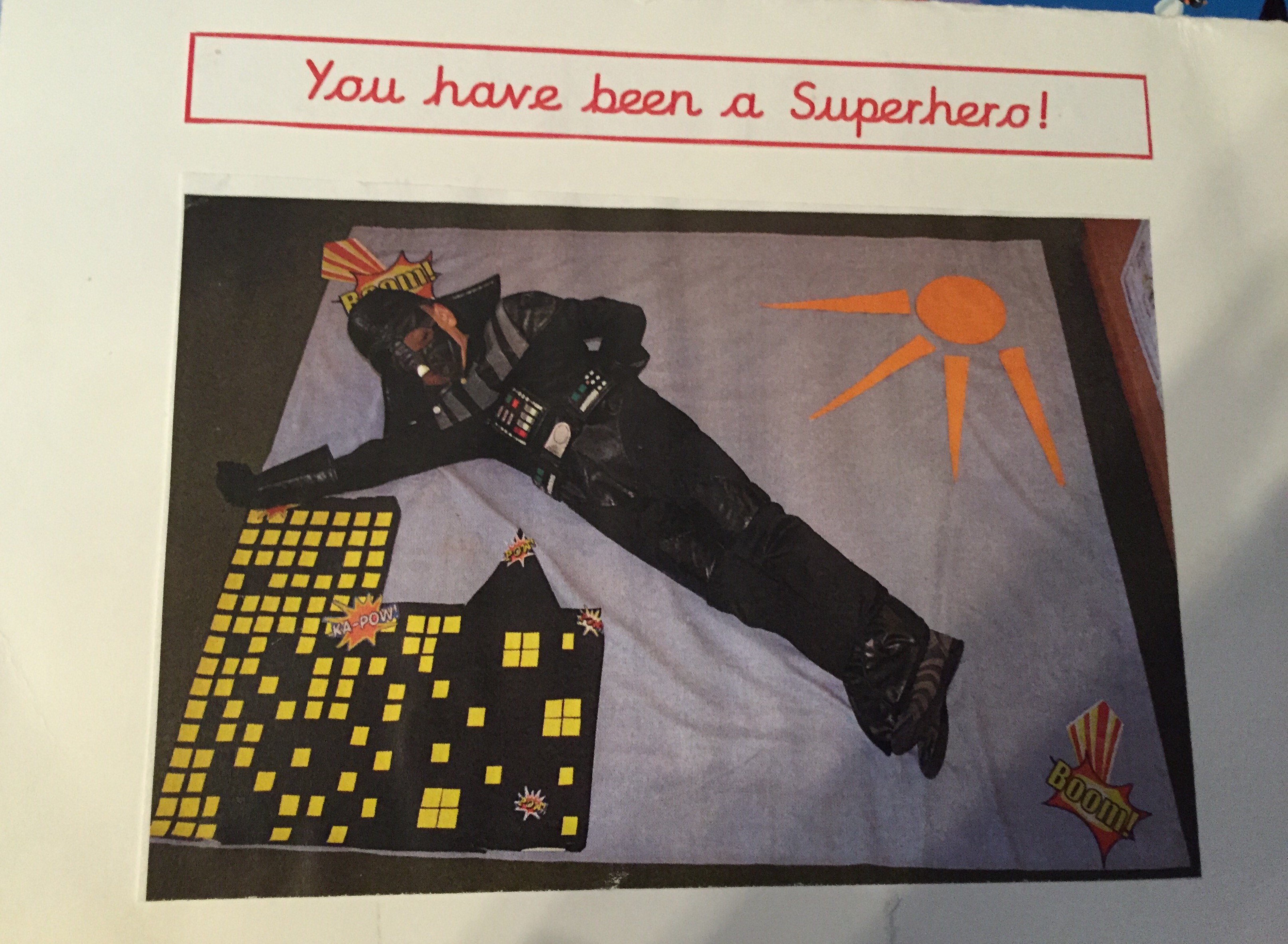 Whilst having a sort out of the children’s artwork and school work they’ve brought home, I came across this Poem.  In year 2 George’s topic was Superheroes, at the end of the topic he took part in a class assembly and read out the poem.

I thought it was very appropriate for all those fighting hidden battles and dealing with things even as a parent I can’t really understand.

“A hero is the kind of thing that you were born to be.

But you don’t need to soar or speed or swim under the sea.

You just need to be yourself

so strong and brave and true

And soon you’ll see that you can be a superhero too.”

As part of their topic they also had a dress up day, they all got to chose their favourite superhero and come to school in their costume.  Uh Oh, costumes and George do not mix, George has never got involved in dress up games even as a toddler.  Dress up days cause George a huge amount of anxiety.

On this occasion George agreed to dress up, only if he could go as Darth Vader.  Not a suitable candidate for a Superhero right?  George asked his teacher if he could be Darth Vader, she initially said no as Darth Vader is a “baddie”.  George thought about this and came up with the argument that although Darth Vader was the “baddie” at the end he was a hero as he died to save his Son.  Impressed with the argument and the reasons behind it, he was given permission to wear his costume, the only day he has willingly worn a costume.